How is it to retire in Nicaragua? 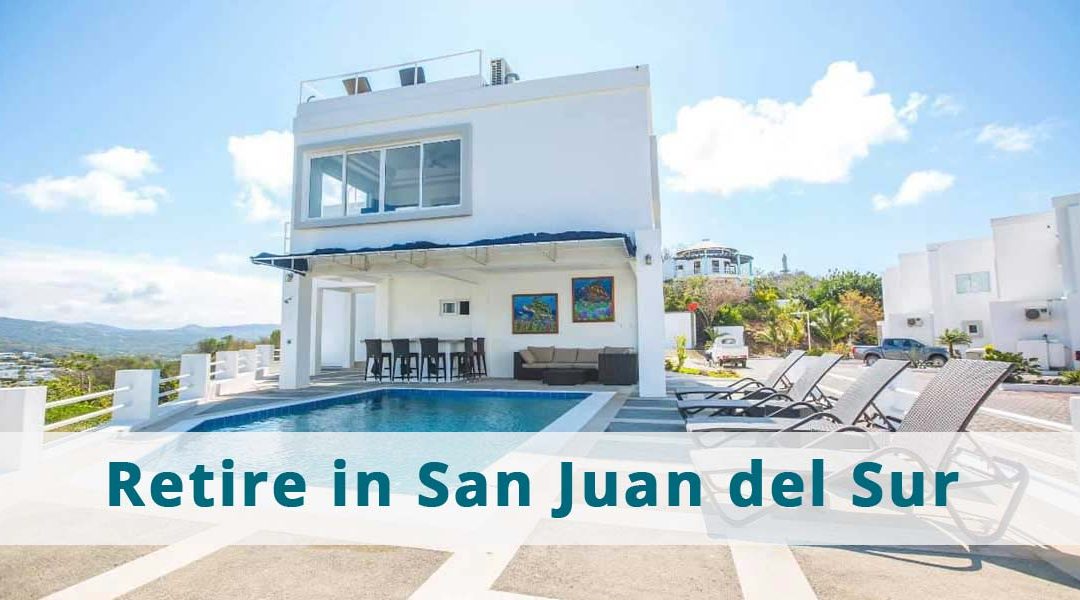 Nicaragua is seeing an increase in the number of ex-pats settling there. You likely have the question, “How is it to retire in Nicaragua?” if you are a retiree who is thinking about where to spend your golden years. Your question has been thoroughly addressed here.

What draws individuals to Nicaragua as a retirement destination? There are plenty of convincing reasons for doing so. Imagine living in such a cheap nation that you can cover all of your expenses solely with your social security benefits. This is true. However, even in San Juan del Sur, which is considered the most expensive area to live in, you can still get a furnished apartment in the city for $200 a month, or about $450 if you want to be closer to the beach, have more facilities, or enjoy an ocean view.

Luxury apartments, of course, are more expensive if you want the sea view, the pool, the air-conditioned rooms in each room, the washing machine and the dryer, and more. This varies from 650 to 1500 USD a month – whether you are from Canada or the United States, it is still a deal. A couple may expect to live on $1,500 a month—all things included: rent, food, Wi-Fi, utilities, and enough to have supper at least three times a week. Can you picture retiring fifteen years early when you relocate to the 22 beaches paradise, a bright, pleasant environment all year round?

Another thing that most people often overlook is that by relocating to a less expensive country, they could live a better life. Can you ever afford to retire in your native country with a property overlooking the ocean? Or maybe have the horse ranch you’ve always wanted.

Imagine living in Nicaragua and having someone clean your home twice a week for $25. A gardener spends the same amount of money for the same length of time. For $20 per day, a chauffeur will take you wherever you want to go. And a $20 at-home hour-long massage. Could you ever enjoy these privileges in your current location? Furthermore, $15 for supper per person includes a few beers or rum cocktails. In the end, something you’ve never been able to accomplish before is now just part of your new lifestyle, and you’ve got less to worry about yourself.

Nicaragua provides fresher, healthier, safer, and less expensive food than the food produced in your own country, as vegetables containing genetically modified organisms are not permitted. Neither is the practice of injecting, colouring, or waxing foods in order to make them seem attractive. The food in this country is better for your health since it does not include the additional chemicals used in the United States.

There is a lot of freedom. You are free to enter town wearing ten different hats. Go ahead and paint your home brilliant pink or live in a star-shaped house. If all you want to do is sit at home and watch Netflix all day and night, that’s OK. If you don’t want to interact with anybody and would rather live a hermit’s existence, you can. Nothing counts here: age, skin colour, alternative living choices, or beliefs. Live your life without criticism and negativity.

Where to Retire in Nicaragua?

Nicaragua’s “retiree” program, which is similar to the Costa Rican one that was in place in the 1980s, has attracted thousands of ex-pats to the nation. To be eligible, you must be at least 45 years old and have a monthly income of at least $600 to qualify. The government of Nicaragua offers substantial tax advantages for foreigners and promotes investment in the nation.

The majority of the advantages are in the form of tax breaks or exemptions. As an international retiree, you are entitled to the following benefits:

Many seniors flock to Nicaragua to take advantage of the country’s spectacular coastline, historic towns, and the new mountain retreat that has just opened up.

To acquire a Nicaraguan residency, the candidate must meet the following criteria: application form, photocopy of the biodata page and most recent Nicaraguan entry stamps, birth certificate or naturalisation, health certificate, two passport-sized photos, criminal record certificate, guarantee deposit equal to the cost of an airline ticket to the place of origin or prior residence; and any supporting documents demanded by the immigration officer.

The relevant authorities must issue the preceding papers in the place of origin of the applicant, originally and adequately authenticated by the Nicaraguan Consulate or the Apostille in countries that adhere to the Convention of Hague on the Abolition of the Legalizing Requirement for Foreign Public Documents. Please keep in mind that each kind of migratory category has its own set of criteria that must be met.

Law 694, “Law Promoting Immigration for Pensioners Residents and Resident Annuitants”, also governs this sector. The law’s many advantages have enticed retirees from all over the globe to relocate here in recent years. This law envisages two kinds of inhabitants. Pensioner Resident applicants must provide proof of receiving a monthly pension of at least USD600 from the government or public or private organisations to acquire a retirement visa. Resident Annuitant applicants must show proof of monthly pensions and permanent income produced through distribution (USD750.00).

Among other benefits and exemptions, retirees may enjoy duty-free and tax-free import entry of household goods valued up to USD20,000. Also, receive duty-free and VAT-free entry of a new or used vehicle for personal use or dependents—additionally, tax-free entry of building materials. The procedure itself is difficult to predict, but with good assistance, an applicant may usually acquire a residence in 4-5 months. 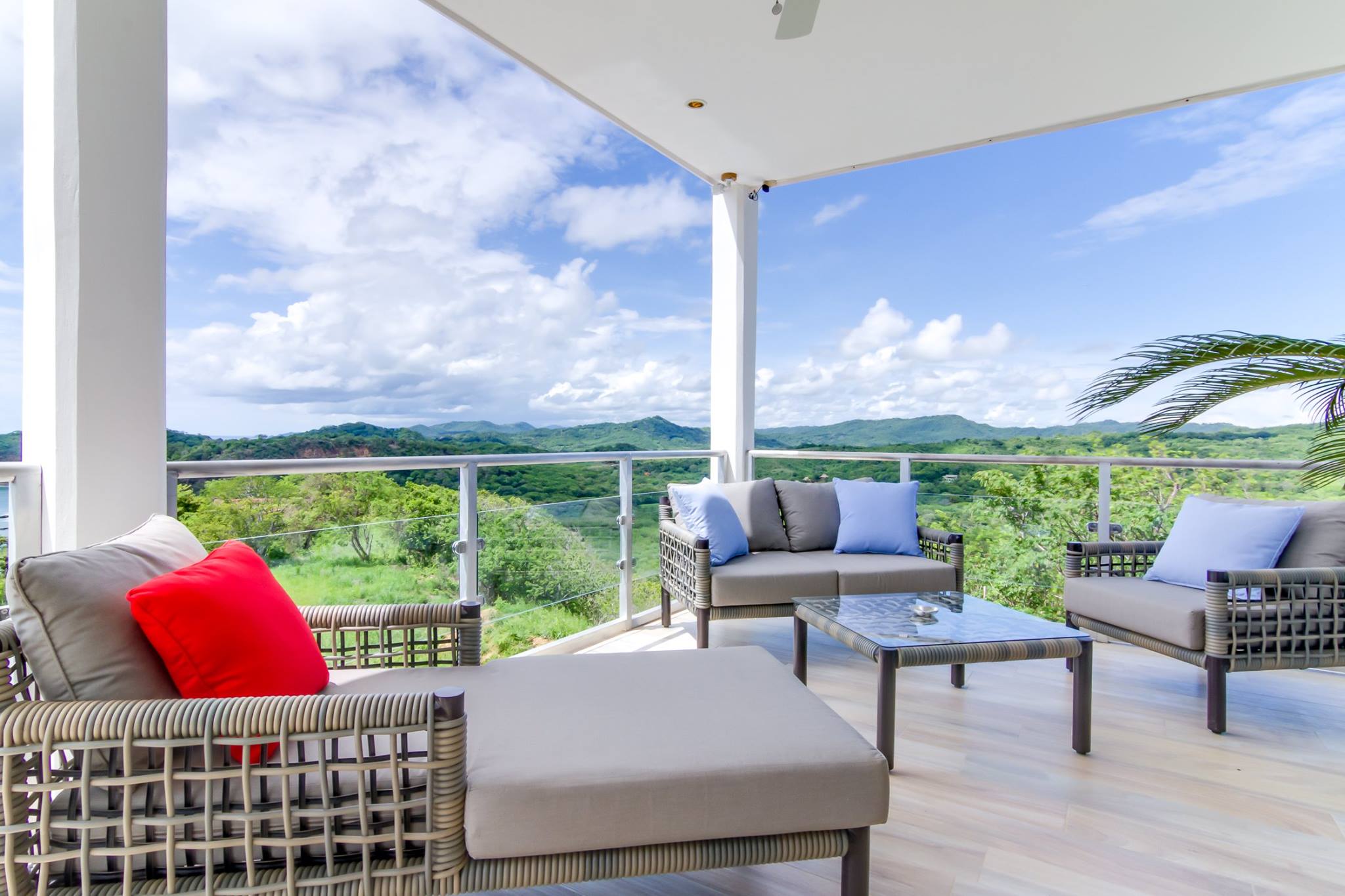 Depending on what time of year it is, the weather is generally hot and dry or hot and humid most of the time. Nicaraguan weather is split into two seasons: the dry season (summer) and the rainy season (winter). This is similar to the weather in other tropical nations. During the dry season, which lasts from November to May, the Pacific lowlands lose their lush green colour and become somewhat yellowish and dusty in appearance. Everything appears yellowish in the middle of April, as the dry season draws to a close. Many trees have already lost their foliage.

In addition, the rain typically begins around the middle of May. You can actually see the scenery change before your eyes, from being dry, dusty, and yellow to be lush and green. Nicaragua is divided into three temperature zones, which are characterised by altitude: the lowlands or coastal areas, the central part, and the mountains in the northern half of the country. At night, the temperature in the lowlands drops to 22°C (72°F), while during the day it rises to 30°C (86°F) on average. Temperatures may exceed 38°C (100°F) during the warmest months of April and May. Average temperatures are about 5°C (9°F) lower in the somewhat higher middle area, and approximately 10°C (18°F) lower in the mountainous northern section.

Where to Retire in Nicaragua?

If you are an ocean lover who likes sandy beaches, it is recommended that you retire to San Juan del Sur. Located on a lovely bay with magnificent sunsets, the beach town of San Juan del Sur is a quirky, colourful destination for retirees. In Nicaragua, San Juan del Sur is home to the second-largest ex-pat population in the country, with residents hailing from all over the globe. There are international delicacies as well as live music to satisfy every taste. Warm summer breezes and temperatures in the 80°F all year-round are typical in this region. It is more costly in San Juan del Sur than in other areas of the nation since it is a beach resort town. Some places charge as much as $20 for a lobster meal and $6 for a drink, while others charge less. A couple may still get by on $1,500 per month for everything, but costs are rising as a result of the large number of visitors who come to the area. Because of the number of ex-pats living here and the visitors who usually use English as a common language, you can get about in the city itself just using English. However, in order to interact with the natives, you will need to learn Spanish.

Real estate costs are rising, but it is still possible to locate one-bedroom furnished flats within three blocks of the beach for less than $400. If you wish to have an ocean view, you should add at least $300 more. A two-bedroom, two-bathroom townhouse with an ocean view is on the market for $107,000. Smaller houses in nearby areas are priced at about $40,000.